Google added 41 new features to their social network darling, Google+. Yes, 41! With 190 million monthly active users, Google+ is still not as popular as other social communities, but interactive expert Bernadette Coleman thinks that with these updates comes a more appealing, more competitive network. She explains why social media marketers and small businesses should pay special attention in New Google+ Features Hit the Web - via SocialMediaToday

Yahoo announced that Tweets have become an important information source for many and will now be featured in Yahoo’s news feed. While few details have been revealed, it’s probably safe to assume that Yahoo will feature tweets that are popular, influential and of course meet certain criteria for authenticity and newsworthiness. Business2Community contributor, Victoria Harres, helps communicators prepare and provides 4 Best Practices Brands Should Implement, Now That Twitter is a Yahoo News Source

King Fish CMO Gordon Plutsky wants to remind brands that people buy for emotional reasons. So while the digital marketing revolution has enabled companies to communicate directly with customers, it’s how companies choose to communicate with customers that will determine their ability to create emotional connections. Check out Gordon’s picks in  4 brands that emotionally connect with consumers - a look at leading companies that are moving past transactional relationships to better connect with empowered customers on iMediaConnection.

When Did Social Media Lose Its Way? In the early days of social media, users interacted like real people do. However, in time, social networks evolved into pits of broadcast messages. MarketingProfs‘ Verónica Maria Jarski posts an infographic from Hubspot that demonstrates the history of how brands lost their way in social media, and how they can find a path back to their roots. Behind every successful social media marketer is an arsenal of marketing tools that help to ideate, implement, and track the success of a social media campaign. But social media tools are a dime a dozen, and keeping up with the latest offerings can be an overwhelming and frustrating process. Fortunately for us, Social Media Strategist Rebecca Debono has posted her Top 5 hottest social media tools on iMediaConnection.

As a marketer, brand manager, PR practitioner, or executive you have likely figured out that in this new, content-driven, multichannel environment your brand is now, among other things, a content publisher. With more than half of US consumers using smartphones, it is now time to plan your mobile content strategy. MarketingProfs‘ Frank Sinton gives some helpful tips to get you started in Seven Steps You Can Take to Capitalize on the Mobile Video Viewing Shift If you are looking at LinkedIn as your next digital marketing project, then don’t forget to spend a decent amount of time focusing on your ‘company page’. If you are looking for some guidance, then check out LinkedIn Tips and Advice Part 2 – Company Page Optimisation for some sound recommendations provided by Business2Community contributor Kerry Dye.

Social media is 24/7. Someone is always tweeting, posting on Facebook, or uploading a new picture to Instagram. However, for social media managers and businesses alike, this can be quite a challenge. Brianna Smith at Social Media Today explains that there are a couple different ways to determine when your audience is online, and points to an insightful infographic to help you determine the Best Times to Post on Social Media [INFOGRAPHIC]. 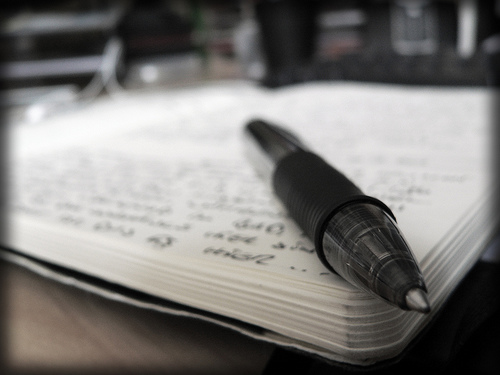 “The shorter and the plainer the better.” –Beatrix Potter

“Brevity is the soul of wit.” – Shakespeare

Minute by minute, a dizzying amount of data is created in this content-driven world. (Don’t believe me? Check out this infographic from DOMO )

And as PR folks, we’re under the gun to get the message across – clearly, thoroughly and correctly on behalf of our clients.

More often than not, this takes the form of a press release, the worth and future of which has become an annual debate. (But that’s another blog post entirely… For our purposes here, rather than dispute its inherent value, let’s focus on a few ways in which we can improve upon the content of future announcements we’re putting out into the ether).

I found a great article by Bill Stoller, The Ten Commandments of a Press Release, where he outlines his top ten “shalts” and “shalt nots.” In it, he argues that “when the recipient of a release focuses only on its content — and not on its creation — the writer has succeeded.”

Stoller’s point is an important one: Good writing allows the reader to focus on the message versus the medium. Although we’re taught to write one way growing up, I tend to think that the most effective press releases today follow these five guidelines:

Do you have any other principles for better press releases that you’d like to see added to the list? We’d love to hear your thoughts!

Some folks don’t realize that our agency has long gone beyond traditional PR and offers digital production (in addition to social marketing and training services) that drives our clients’ content and community initiatives - providing creative services from graphic and web design to online video production to integrated community and user-engagement campaigns for all social media platforms. We’re pleased to share some recent examples of digital production work for clients, as part of a new series showcasing our expertise in this area. This month’s focus is on work for enterprise software client, Aternity. Please let us know what you think!

Infographic by PerkettPR showing new challenges IT organizations face as they widely adopt BYOD policies and allow employees to bring personally-owned devices to the workplace for use and connectivity on corporate networks. 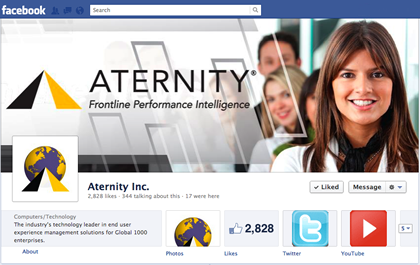 PerkettPR is pleased to share some recent examples of client digital production work from the past month as part of a new series showcasing our expertise in this area:

Infographic by PerkettPR showing results from a Photobucket survey which reveals a spike in mobile video and fanatical mobile app usage during 2011 holiday season. 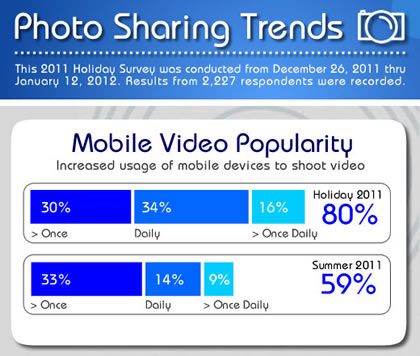 A custom Facebook page created by PerkettPR for Aternity Inc., the industry leader in end user experience management solutions for Global 1000 enterprises. This custom page invites Facebook visitors to like their page; after liking the custom page thanks visitors and invites them to sign up for newsletter. 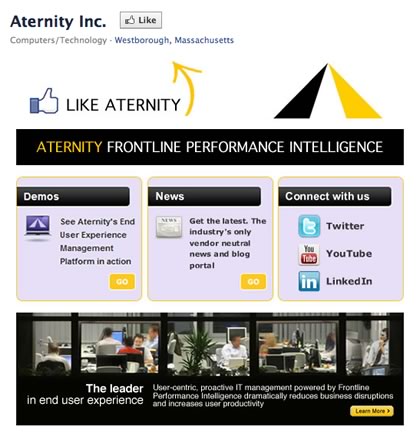