Indulge us as we channel Jerry Seinfeld for a moment: What is the deal with LinkedIn endorsements?

First off – they’re everywhere lately. There are days when the bulk of the updates we see consist only of one contact endorsing or being endorsed by another.

Don’t get us wrong. We LOVE getting endorsements! Who wouldn’t appreciate unsolicited compliments from colleagues and associates? True, there is that pesky sense of obligation to return the favor, but that’s a minor inconvenience in return for what amounts to a recommendation, right?

But is it a recommendation? In many cases the skills LinkedIn lists for endorsement are somewhat vague and most definitely impersonal. That said, public relations, social media strategy and press releases are rather critical skills to have – especially in our business. But those are the things we can (and should) include in our profiles; they aren’t particularly unique skills, and with the increase in endorsements lately, their shine and influence has begun to fade.

This got us thinking: What might be more valuable (and loads more fun) would be the option to endorse a person for soft skills, personality traits and unique characteristics – you know, the stuff that really reveals how useful – or liked – he or she may be.

So without further ado, here’s our list of the endorsements we’d love to receive and give on LinkedIn: To say that the lines between PR, media and marketing are blurred is putting it mildly. What was once about facilitating and gatekeeping has now become a creative free-for-all as more brands step into the role of content makers to try to strike a chord with their respective audiences.

As an agency, we’re constantly thinking about best practices among the complimentary disciplines, along with how we can leverage a combination of them most effectively for our clients.

One of the more recent discussions was around engagement on social media. While we’re all familiar with it from a personal perspective, it’s still an area that can be a challenge from a business standpoint.

Even though there’s a general understanding among brands that social media is a marketing tool that can help them reach out to their customers, it can be difficult to convince them to loosen the reins and fully harness their network’s power to unlock the true potential. But rather than brainstorming something like a list of the “10 tips for better social media engagement,” we simply wanted to show an example of the magic in action in this video from UK maxipad maker Bodyform, made late last year. The company created it in response to a man’s tongue-in-cheek “rant” on their Facebook wall, claiming that he’s been lied to about the “happy periods” depicted in their ads over the years.

What might make some brand managers bury their heads in the sand to avoid addressing, Bodyform embraced as an opportunity to get a conversation, ahem, flowing in its community.

“We found Richard’s post very amusing and wanted to continue the positive dialogue around periods that this generated,” said Yulia Kretova, brand controller for Bodyform, in a statement. “…Breaking down the taboo around Bodyform and periods has always been a challenge, and I hope that we have started to address this.”
The result? Well, not only did it delight fans and followers, but the video went viral, and we’re still talking about it months later as a hilarious – and effective – example of engagement at its best.

While the saying “no publicity is bad publicity” will always be up for debate, there’s no denying that any kind of feedback – even negative – can be a major opportunity in social media to convert its loudest naysayers into its most fervent fans. And that’s something none of us should overlook – period. Google updated its webmaster guidelines that target core PR practices around press releases. Silicon Valley journalist blogger and ZDNET contributor Tom Foremski weighs in on the negative impact this will have for the press release. Check out his take Did Google just kill PR agencies? to find out more on the updated rules on links and keywords in press releases and how they may affect your future release plans.

Facebook Changes News Feed To Bump Up More Relevant Content - Called “Story Bumping,” the changes move up older stories to the top of a user’s News Feed if they missed them during a previous visit to Facebook. Forbes writer Tomio Geron clarifies the changes and shares some initial reactions and results. 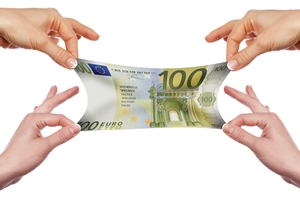 All marketing practitioners are seeking ways to save money and get a bigger bang for their budget buck. How to do that isn’t at all obvious. MarketingProfs‘ Ardi Kolah explains that sometimes the answer can be staring you in the face and offers 10 Ways to Stretch Your Marketing Budget

Social has become a critical component of the overall digital advertising market. As Facebook, Twitter, LinkedIn, and others have emerged as social network leaders, they have created powerful new ways for advertising to reach consumers. In fact, some $11 billion will be taken in advertising revenue in social media in the year 2017 - that’s according to this incredible infographic that looks at the rise and rise of ad sales on social sites. A Brief History of Social Advertising via The Next Web.